The Fool Has Said In His Heart There Is No God.

I’ve never cared for those tests and questionnaires designed to tell you about your personality type, your aptitudes, your interests, your problem-solving styles, the way you process information, your working and management styles, your intelligence, etc., etc., etc. God knows I’ve taken more than my share. I have taken batteries of these tests in career classes and psychology classes, including some of the most respected tests designed by psychologists for use in professional diagnosis and counseling. And I had to pay good money to take them.

In every case, the results are based on how your score compares with statistical norms. What this means is your score is somewhere on a bell-curve, or some other graphic representation. If you are in the middle of the bell-curve, your score is high. The further your score is from the center, the lower it is. When you are in the center, the test results can indicate that you certainly have the trait that is being tested for. But as your test scores slide away from the center, they can only indicate that you are somewhat likely to exhibit that trait. That likelihood is expressed as a percentage of being really sure. For instance, it might indicate you have an 81% likelihood of succeeding as a History Professor, or a 17% chance of being a homicidal maniac.

In all the testing I ever took, the only areas I had strong scores in were my interests in Literature and the Arts. (I could have told them that.) Everything else I ever tested for showed mixed results with interesting combinations of “traits”. I did not clearly fall into any one category. I was told by one instructor that unclear or “complex” test results just meant I had more choices, that it was up to me to decide where to focus my efforts. A 17% chance of being a homicidal maniac took on a whole new meaning. In any case, testing for primary characteristics generally glosses over the fact that many individuals are multi-talented, such as the warrior poet, who seems to defy all stereotypes. Few of us can be described by any one thing. Most of us are some combination of many things.

During a conversation with a friend the other day, out of the blue he asked me a math question. It was similar to the following, gleaned from the article “Intuitive? Try God” in the Harvard Gazette at

“Bill and Sally’s age totals 28 years. Bill is 20 years older than Sally. How old is Sally?”

I’m not too keen about this type of thing. You’re kicking back, having a friendly conversation, and they spring a trick question on you. I’m always tempted to give the glib (sucker) answer, just to get to the punch line.  I guessed this time it was going to be another one of my friend’s jokes. He incessantly punctuates conversation with unexpected puns, one-liners and other zingers. So, I gave him what appeared to be the intended response. But of course my answer was wrong. I had subtracted the difference in their ages from the total and said, “8”. But if Sally is 8 and Bill is 20 years older than Sally, then Bill would be 28 and their ages would total 36. The correct answer is: Sally is 4 and Bill is 24.

It took some explaining before I understood. I told my friend I was uncomfortable with the way language was used to structure the question. Normally one doesn’t use the combined ages of individuals as a useful statistic. In the practical world, when you say one person is so much older than another person, computing the unknown age is done by either simple addition or subtraction. Not anticipating I was being tested, I processed the question casually, as opposed to adhering strictly to the mathematically precise language. Earlier in our conversation, we had been speaking of problems with literal and vernacular expressions. The sign on a gate, reading, “Keep locked at all times” would prevent it from ever being used at all, if it were taken literally. But everyone knows that’s not what it means. Language presents many inaccuracies, particularly in vernacular use, which most of us never think about. Everyone knows what you mean when you say you’re going to catch a train. It’s only nonsensical when it is taken literally.

As I was trying to explain to him my misgivings about the study’s conclusion that “intuitive thinkers” are more likely to believe in God than analytical thinkers, my friend said he thought I was “dancing around” the subject, as if the Harvard study had profiled me and found me guilty of intuitive thought. I therefore had to be in denial. The more I thought about it, the angrier I became. My anger is directed at our culture, which has morphed from a society that once placed great value on belief in God, to a society that devalues Christians and attacks public reference to the God of the Bible. For more on that, go to Gina Miller’s article, “Court: Islam, Buddha, Homosexuality OK, but no God Allowed in Classroom” at:

Those who consider the Harvard study worthwhile and enlightening would say I have gone off point. They would say there is nothing critical of Christianity in their study and that it has nothing to do with the political debate concerning God in the public square. However, the assumptions they have made (psychology can study faith; belief in God is a product of thought) reflect a denial of anything supernatural, thereby redefining and reevaluating the authority of faith in a person’s life. The godless do not want belief in God to influence society in any way. They desire not just a secular society, but a godless society. So, they support any effort that diminishes the significance and authority of faith.

Faith in God isn’t about how one thinks. The godless assumption that thought produces faith is false. The idea that spiritual beliefs develop from patterns of thought, rather than from revelations of the One True God is tantamount to rejecting God, which is exactly what the godless are all about. According to their life view, everything that is a part of our awareness comes from our brains. They say God is not real; he is just a construct of our own thinking. They reduce faith to a mental experience, which justifies their rationale that psychology is able to study faith. But faith is supernatural, while science can only study the measurable universe. The godless are intoxicated with their own self-vaunting. 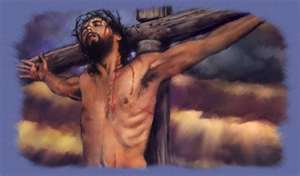 Within the discipline of Psychology there are many schools of thought. Harvard, because of the extremely liberal mindset of their faculty, is largely anti-God, as are almost all Colleges and Universities today. That is why their Department of Psychology presumes that the “science” of Psychology is equipped to provide insight into areas such as belief in God. They reduce the scope of faith or spirituality to mere aspects of human behavior. Their bias is that they only consider the human side of faith. They deny the reality of God’s side, which means their method of inquiry will never lead to understanding the faith relationship we have with the Living God.

Do not deceive yourselves. If any one of you thinks he is wise by the standards of this age, he should become a “fool” so that he may become wise. For the wisdom of this world is foolishness in God’s sight. As it is written: “He catches the wise in their craftiness”.  — 1Corinthians 3:18-19

In what they think is wisdom, the Harvard Department of Psychology ignores the supernatural and includes belief in God with other behavioral studies. Since faith does not fall under the category of science, they will never learn anything with their approach. They will simply continue to deny that God exists, since his existence cannot be proven. And they will continue to do their best to describe those of us who believe in God as peculiar folk — different, unique. So-called “intuitive” thinking is just another attempt to point the finger at us and categorize us so they can control us. Atheists, agnostics and skeptics consider belief in God akin to fairy dust and make-believe. And they think science proves it. They’re dead wrong.

Belief in God comes from an openness or receptivity to God. Hebrews 11:1 says, “Now faith is being sure of what we hope for and certain of what we do not see.” It has been said that one “sees” God with the eyes of his heart, meaning of course, the core of one’s being, not the organ that pumps blood. Also, to see with one’s heart does not mean to see with one’s emotions. Belief in God is not an emotion, not a fantasy. Belief in God is something our spirit does. Religion can actually sidetrack us from pure faith, if it shifts our focus onto ourselves, rather than on God. Therefore, religious dogmas and practices must always be subject to the Spirit of God. That is the issue addressed in Jeremiah 5:21: “Hear this, you foolish and senseless people, who have eyes but do not see, who have ears but do not hear.” They were refusing to be open to God, thereby rejecting his authority over their lives. If you believe in God, you must accept his authority over your life.

“But what about you?” he asked. “Who do you say I am?” Simon Peter answered, “You are the Christ, the Son of the living God.” Jesus replied, “Blessed are you, Simon son of Jonah, for this was not revealed to you by man, but by my Father in heaven.”  — Matthew 16:15-17

My personal reaction to the math problem was annoyance. Had I been aware I was being “tested” I would have applied myself. In formal or focused settings, I usually do quite well. More often, it’s in everyday situations that I tend to slip up, generally because of other things on my mind. I’ve been told all my life I think too much. It’s annoying that one little question diagnosed me as an intuitive thinker. I’m sure I would score on some percentile of the intuitive bell-curve. But I don’t know how intuitive I really am. I seriously doubt I’d score anywhere near the middle. Like everything else I’ve been tested for, It pretty much boils down to the fact that it’s up to me to determine the outcome. I believe in God, but I didn’t come to that belief by thinking. The Bible says Jesus is the author and finisher of my faith. I give him all the credit.

Belief in God is not a function of the brain. It’s a spiritual thing. Would you study photography in order to become a pharmacist? That’s how absurd it is to apply psychology to the study of belief in God. Basically, different disciplines ask different questions. It has been said that philosophy asks why, psychology asks how and religion asks who (Who is God? ; Who am I?). You have to ask the right question to get the right answer. And if it’s a question about believing in God, ask him. He’s the one with all the right answers.

I am Michael D. Day, a regular, everyday guy -- retired. I stand for God-given freedom, which means I think for myself. I believe in being civil, because the Bible teaches that we should love our enemies. But I also believe in saying it how I see it, and explaining just why I see it that way, sort of like 2 Timothy 4:2.
View all posts by retiredday →
This entry was posted in Belief in God, Intuitive thinking, Psychology, Science vs. Faith and tagged can psychology study faith?, can science study belief?, does belief depend on how you think?, does intuitve thinking lead to belief in God?, study by Harvard's department of psychology. Bookmark the permalink.

5 Responses to The Fool Has Said In His Heart There Is No God.